The MCD Elektronik GmbH is awarded as one of the innovative leaders of the german medium-sized companies at the TOP 100 competition for the third time in succession. 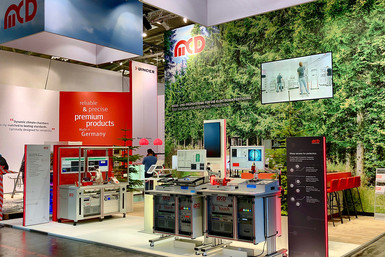 The MCD booth attracted quite a few looks due to the design in black forest look.

MCD Elektronik can look back on a successful fair week at electronica 2018, where the positive trend in the electronics market was reflected. The biggest electronica ever took place from November 13 to 16 at the Munich trade fair site and counted 80.000 visitors from over 80 countries. MCD Elektronik has also been able to visibly profit from the visitor increase of ten percent. MCD is happy to connect with numerous new contacts as well as meet existing customers at the biggest meeting point of the electronics industry.

The innovations on the MCD booth included a 6-axis robot that demonstrated haptic, acoustic and optic tests inside a robot cell on an infotainment system in an exemplary manner. Due to a 360 degree sensor it was able to recognize movements from visitors in front of the system, where it then stopped the usual test run and started to give out hearts filled with peppermints to the viewer standing in front of the cell. The testing of these different senses illustrates that MCD systems are clearly superior over the human perception and even test the smallest or partially not visible components.

Another highlight was the exhibition of the „VTS 2030“ standard test systems with a new application that was especially created for the electronica. This End-of-Line test concept shows how for example flap actuators can be tested on their functionality and gives information about the exact angular position of the flap as well as the corresponding flow rate using measurement software. Stimulated with a programmable light source and with the help of a camera the visitor could see the differences of the automatically opening and closing flap inside the exhaust pipe displayed on a screen. The test system series is suitable especially for testing various assemblies as well as for smaller production volumes due to short construction and modification times. The standardized construction and transparent component prices make it easy to meet customers´ individual needs. Costs and valuable time can be saved by using the „VTS 2030“ and this with simultaneous future security and flexibility.

The impressions of the MCD booth in hall A3.638 are displayed in a short summary in the following video. The tour of the booth shows all innovations and systems in moving pictures, even if you could not have been able to visit the fair: 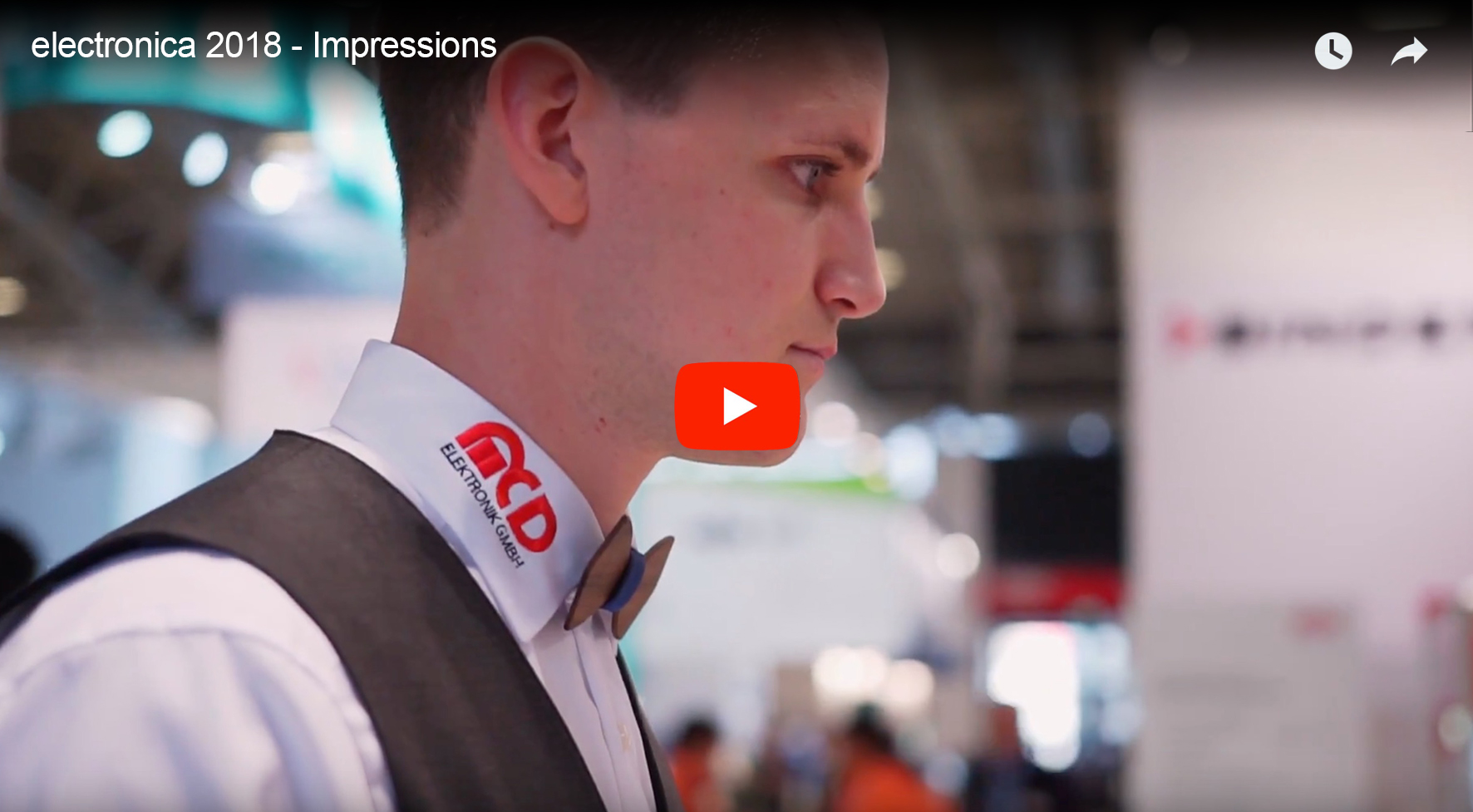 This video is embedded on YouTube. The data policies of Google apply.

For technical and culinary support, MCD's "BARista" and Chief Representative of Hungary Gergely Boross was part of the trade fair team. Drinks and snacks were "driven" directly to the guest by the "messBAR" that was constructed after a running sushi bar style and the visitors were able to enjoy the special Cold Drip Coffee creations. The Cold Drip Coffee as a cocktail recipe mixed with black forest gin and tonic water met with great approval. This might sound extraordinary at first, but is definitely worth a try.

It was the first time MCD presented itself in black forest style: a big forest-graphic was installed on the rear panel of the booth and even real fir trees as an unusual eye catcher. With natural sounds and pleasant bird twitter it was a perfect compensation to the hectic rush in the filled fair halls. MCDs visitors were able to catch a breath at the moving „messBar“ to enjoy the technical and culinary highlights.

For everybody who is interested, the next electronica will take place in Munich from November 10-13, 2020. You can visit MCD in the next year at the olympic tower in Munich from May 15-16 or at the productronica from November 12-15, 2019. The whole MCD trade fair team wants to thank all visitors for the interesting and informative discussions and is already looking forward to the upcoming trade shows to meet and inform you in person. 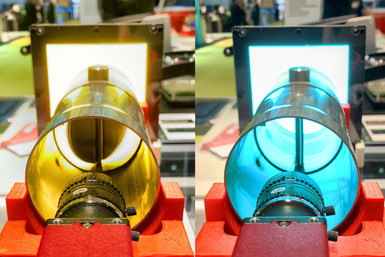 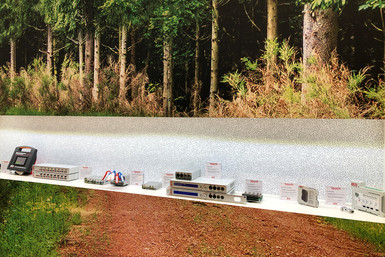 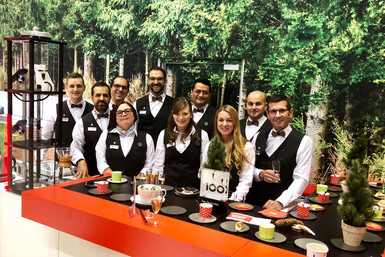